The Reunion of All Reunions 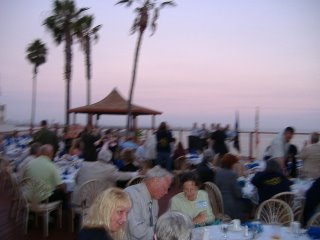 Well, here's where the "reunion" was taking place. "Family". Thats what we represented that night. Young and old alike agreed. Many "sea tales" were orated. Others were acted out. 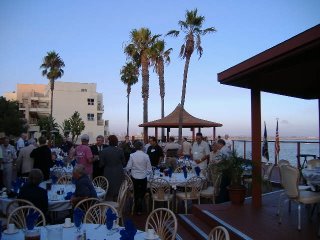 Overall, we had a good time. Oh yeah, the food and the service was good too. 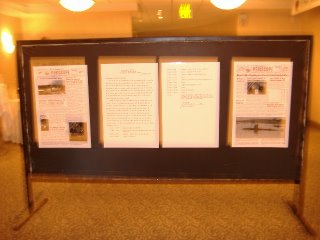 On the inside, there were displays of old pictures of yesteryear and what the Dolphin had accomplished during its tour of duty. Unfortunately, the pictures are a wee bit out of focus. The funny thing was that these two guys before they shut down the shin-dig took them away.

After the official shin-digger, the next stop was to Desi 'n Friends - the ol'e Horse and Cow where some took it up a notch. Or did I say too much....

And last, what I would like to say is - for all those who are PC about words, please don't read this. Here is the "submariners song" which the younger generation were singing :

we go up and we go down

If you can read that, your eyes are better than average!

BLASPHEMY!! this page should be deleted! you cant write down the submarine song!! even if it is wrong... i think your lookin for ratshit and c**ksucker... but neither here nor there... GET THIS SONG OFF THE INTERNET YOU FOOL!!